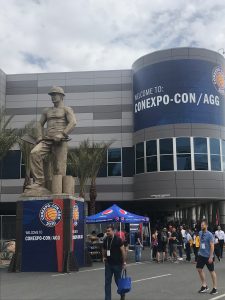 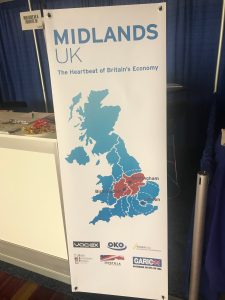 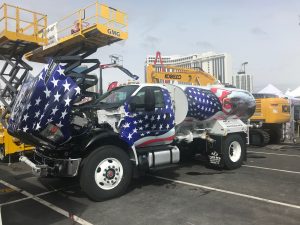 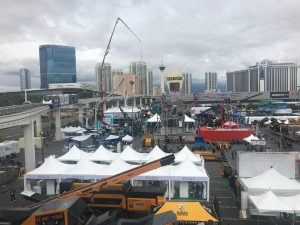 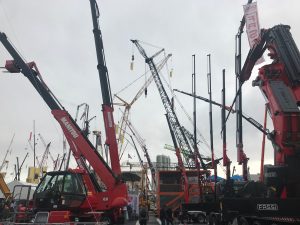 I am old enough to remember the movie ‘The Last Picture Show’, Peter Bogdanovitch’s great black-and-white elegy for a disappearing way of life in a Mid-West American town.

This was brought to mind as OKO Tyre (Tire) Sealants made its first appearance at the huge triennial Conexpo construction jamboree, Las Vegas.  We were there as part of the UK Department for International Trade (DIT) Midlands trade mission, and they did a great job in organising and supporting OKO and our fellow delegates, some of whom will we hope become customers back home.

The Show started excellently, with the desert sun illuminating the enormous, gleaming new machines of every kind.  The big OEM manufacturers had been setting up for weeks, and mostly manned their stands despite the looming shadow of COVID-19.  Old Conexpo hands reckoned that attendance was down a bit, but it was still pretty busy. We were also delighted to meet up with our South-West US and Canadian Distributors.

But as the week progressed, the skies became grey and cold then turned to torrential rain. It was a black-and-white picture: and the pandemic news grew bleaker and bleaker. As we visited stand after stand, it became clear that many second-line companies – the sort of distributors and specialists we were keen to meet – had bailed; and not just the Chinese and Italian contingents, who had the most reason to pull out.

Then the news came that European visitors would now longer be able to land in the USA. We managed to get the last flight out of Vegas to Heathrow, on the Friday night – the expo closed its doors before the final planned Saturday day.

At least the show happened, unlike (I suspect) every subsequent expo. Three out of four that we were going to appear at are now postponed, and the other will surely follow suit. The big question is, will the exhibition scene ever be the same, whenever normality returns?

Conexpo is already trailing its 2023 edition – but in the meantime Las Vegas, a city that relies as much on its convention business these days as it does on gambling, is going to be a ghost town for the foreseeable future.

On a worldwide scale, I foresee that we will see an increasing switch towards Virtual Expos – because this and similar shows are extremely expensive to appear at, even on a cooperative basis, and full-blown exhibitors will look increasingly closely at their cost/benefit ratio for such events.

Imagine ‘visiting’ a show (in your choice of time zone) without leaving your desk – logging in to a paid-entry platform with 3D imaging of all the stands, pre-booked videoconferencing with selected exhibitors, 360 degree ‘walk-arounds’ of every hall, literature downloads, virtual hangouts to catch up with fellow visitors, smart assistance to direct you to exactly the type of business you wanted to meet – and ‘flight simulators’ allowing you to drive the machinery.

All of this with no flights, no carbon miles, no overpriced hotel stays – and no jet lag. Doesn’t that appeal? I would be amazed if the big Expo organisers did not have teams working on this already. I would be up for exhibiting OKO in this sort of environment, sealing virtual punctures again and again… You heard it here first!